From a young age, Anas Nasser loved gardening. After working with an IT start-up for a while, the MBA graduate from Aluva in Kerala felt compelled to move to a vocation “closer to my heart”. Anas says he then started “researching” eco-friendly and cost-effective methods of gardening and cultivation and realised the potential for sustainable and environment-protecting ‘soil-less’ farming. 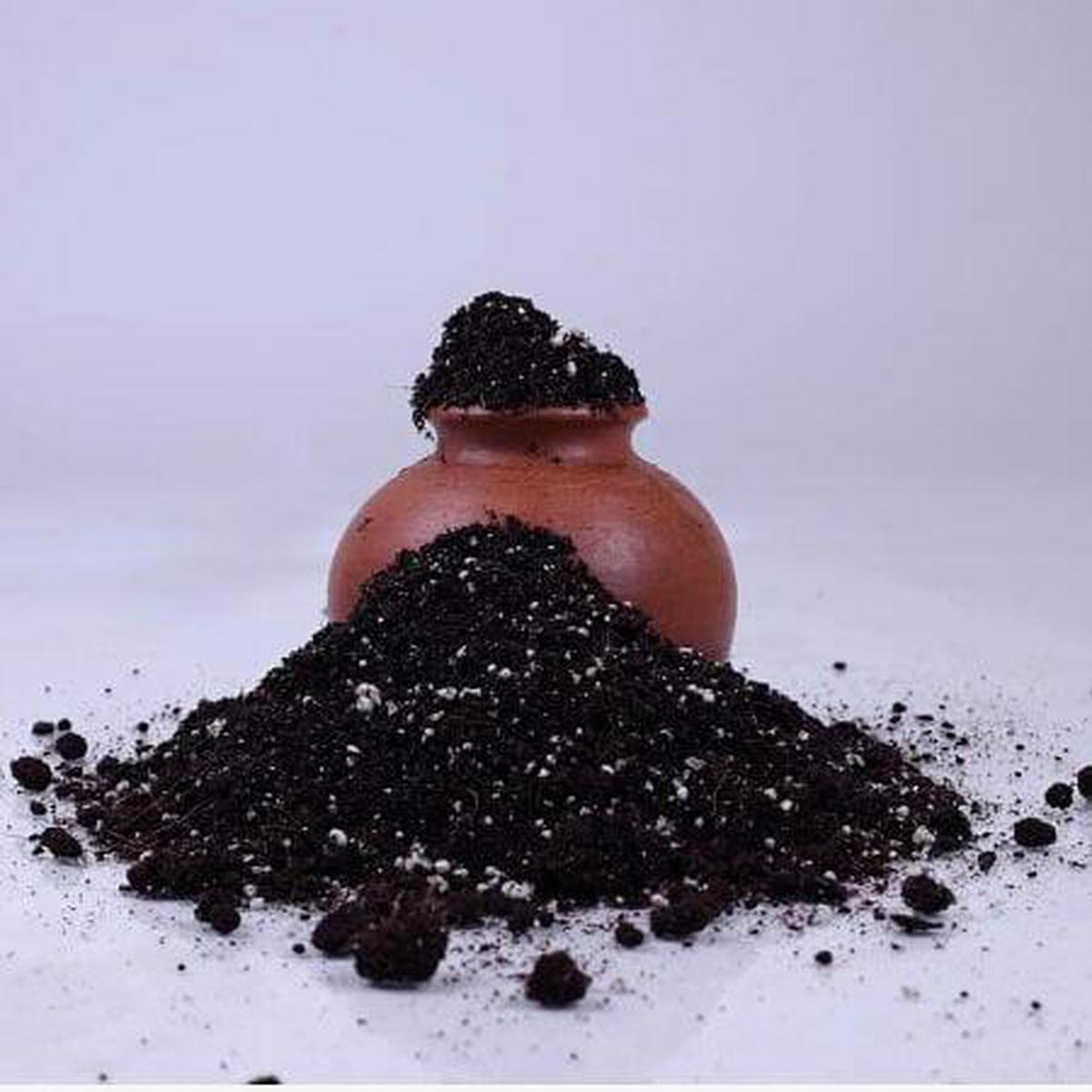 In 2017, Anas brought out a soil substitute that he says is manufactured from a host of organic materials with coco peat as the chief holding medium. “With space and soil availability becoming sparse in urban areas, soil substitutes are finding favour as simultaneously the push for self-cultivated organic produce and green indoor spaces gain wider appeal,” says the 28-year-old.

Anas says his potting mixture is “100% soil-free”, with the principal raw materials being treated coco peat, pulp from banana stem, water hyacinth subject to bio-reaction and sugarcane press mud among others. After cleansing and bio-treatment, the raw materials are powdered and mixed in the requisite proportion. “To increase the mineral value of the mixture, organic plants that serve as fertilisers such as seaweed are added after due bio-reaction processes,” adds the entrepreneur. However, depending on purpose, whether the plants to be potted are ornamental, medicinal or for harvest, the components in the soil substitutes are customised during production. “For instance, common indoor plants like succulents and cacti need more heat at the base and it’s good if the soil medium ensures this. Hence, additional materials such as coffee husk powder are added to the potting mixture for such plants. Whereas, herbal plants need a relatively more fertile medium and so suitable nutrients are added. As regards kitchen garden, ideally, the soil substitute needs good fertility,” he explains.

Anas, who likes to research new methods of cultivation and soil substitutes and creative indoor spaces, says he endeavours to keep his home a green space, nurturing a variety of plants there. “Apart from ornamental plants like succulents, aglaonema, anthurium and so on, I also like to keep a few with medicinal values and I have tulsi, aloe vera, mint, many varieties of hibiscus, all grown with soil substitutes,” he says. Anas’ “experiments” at his kitchen garden has yielded him veggies like potato, tomatoes and carrot and leafy greens such as kale, lettuce, broccoli and varieties of spinach. “And the veggies did come in handy for me during the lockdown,” he says with a chuckle.

With a large quantity of sand that end up in urban spaces for purposes of gardening and domestic-level cultivation are mined, agricultural scientists highlight the advantages of shifting to suitable soil substitutes. Shinoj Subramanian, senior scientist and Head of Krishi Vigyan Kendra Ernakulam, says soil-less farming in Kerala is chiefly put into practice in the form of hydroponics and use of coir pith-based soil substitute. “Though hydroponics is an effective method, it’s relatively costlier. As regards natural soil, its source is often questionable. In such a context, soil substitutes are a feasible alternative for domestic gardens,” he says. However, Shinoj says that for large-scale agriculture, which requires clayey soil, this may not be really conducive as “it is difficult to reconstitute the rich, natural qualities of clayey soil.”

Anas’ experiments with soil-less cultivation can be explored on his Instagram page, @anas.organure.