For the last five years 65-year-old Shanthakumari KC, a retired health inspector from Cherai, and her five neighbours have been growing cheera (amaranth) on 30 cents of unused land in their neighbourhood. The harvest was sufficient not only for their homes, but also provided enough surplus to sell to their neighbours. The lockdown to tackle COVID19 changed all that.

In the first few weeks of India’s lockdown, which began on March 24, a wave of panic buying and collapse of logistics resulted in empty supermarket shelves for a couple of days. As a result, kitchen gardens and urban farmers began to gain prominence as people began to think about food security. Following the lockdown the cheera farmers diversified, adding chilli, okra, brinjal, bottle gourd, string beans, plantains and even, corn to the list.

While amaranth can be harvested in two weeks, the other plants take more than a month, “We wanted to be prepared in case there was a shortage of food. It worked out well, the lockdown is more or less lifted, today not only do we have enough produce for our consumption we can sell surplus too. The vegetables are safe, pesticide free: an added advantage. It doesn’t cost a lot and the return on investment beats everything else,” Shanthakumari says. The surplus benefits neighbours as well.

In order to be prepared in the face of uncertainties such as the lockdown, Kerala Chief Minister, Pinarayi Vijayan, made a call for ‘food self sufficiency’ via agriculture. Director of Agriculture (Kerala State) K. Vasuki also pushed for a movement where food is grown at home, encouraging local farms and young farmers. Homestead farming has been encouraged over the past three months, with fallow land being brought under cultivation. Homestead farming essentially means farming/growing vegetables or livestock for individual consumption/use. 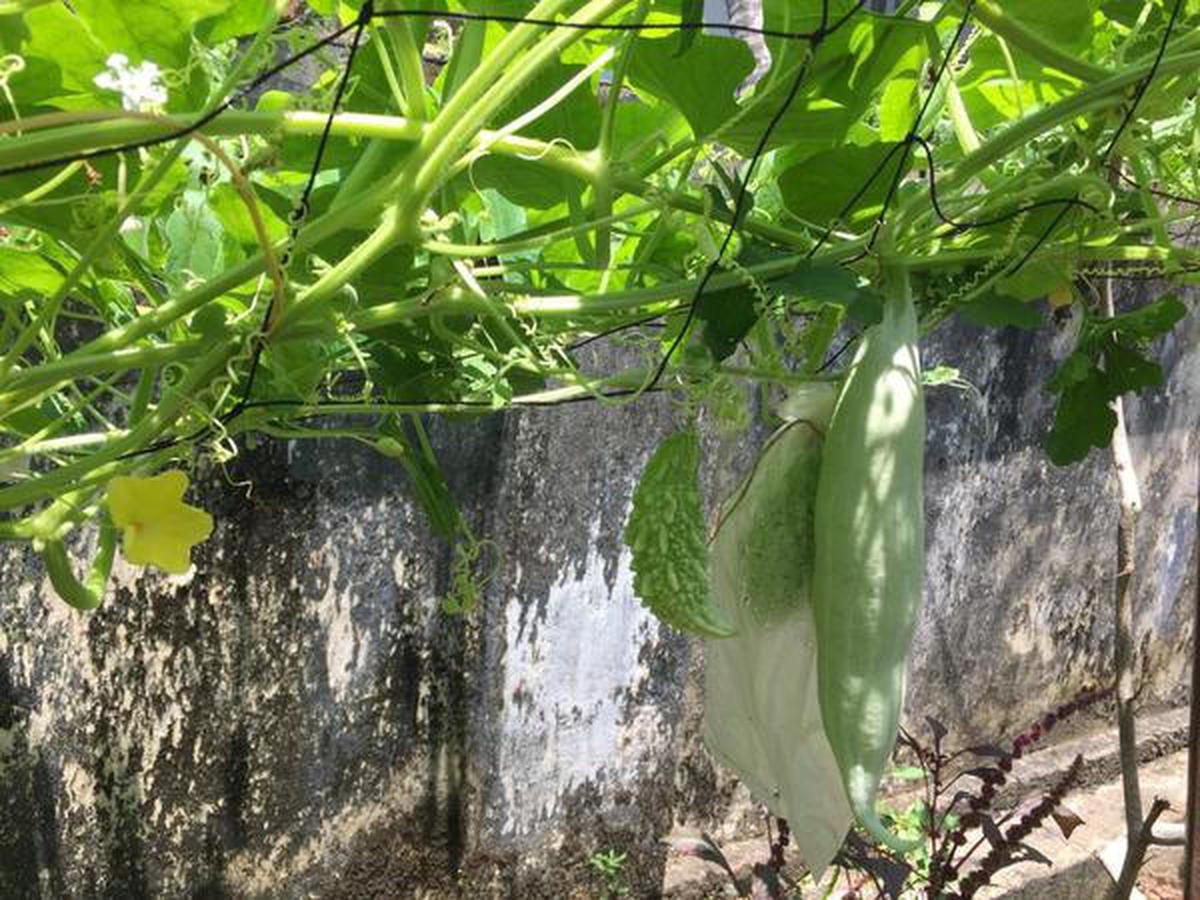 While first-timers took to kitchen gardening with gusto during the lockdown, old timers added variety to their gardens including more vegetables ideal for Kerala’s climate and evolving into homestead farmers. Not so much natural farming, these plants are tended to with much care – the fertilisers (dried dung manure) and pesticides (a concoction of tobacco leaves and soap) are largely. The produce was shared with neighbours during the lockdown, and continues to be popular even as lockdown eases.

Jeeji Lalan, from North Paravur, planted extra – Chinese potato (koorka), yam and its other species lesser yam, and colocasia – so that she could share it to those who might not have access to vegetables. Her homestead farm on six cents of land now boasts produce such as bitter and snake gourds, okra, chilli and ash gourd. “During the lockdown I just felt I had to cultivate these tubers also – in case hard times followed,” Jeeji says.

Government organisations such as Vegetable and Fruit Promotion Council Keralam (VFPCK) and HortiCrop were at the forefront of promoting urban and homestead farming, even before the lockdown. It was a time to push ahead feels Dr. AK Sherif, VFPCK CEO; he refers to it as a ‘psychological approach’. Producing one’s own food has its advantages, he says, “There is self sufficiency, and the more important, nutritional aspect. Each person should consume around 280-300 gm of greens daily, when these are grown at home access is not a problem. Additionally the use of bio-manure and bio-pesticides make food safer, since no chemicals are used. People were home-bound and it was a good time to get people into farming. This way the next generation is also conditioned when they see food being grown. I am hopeful that people will continue to do so even after things return to normal.” 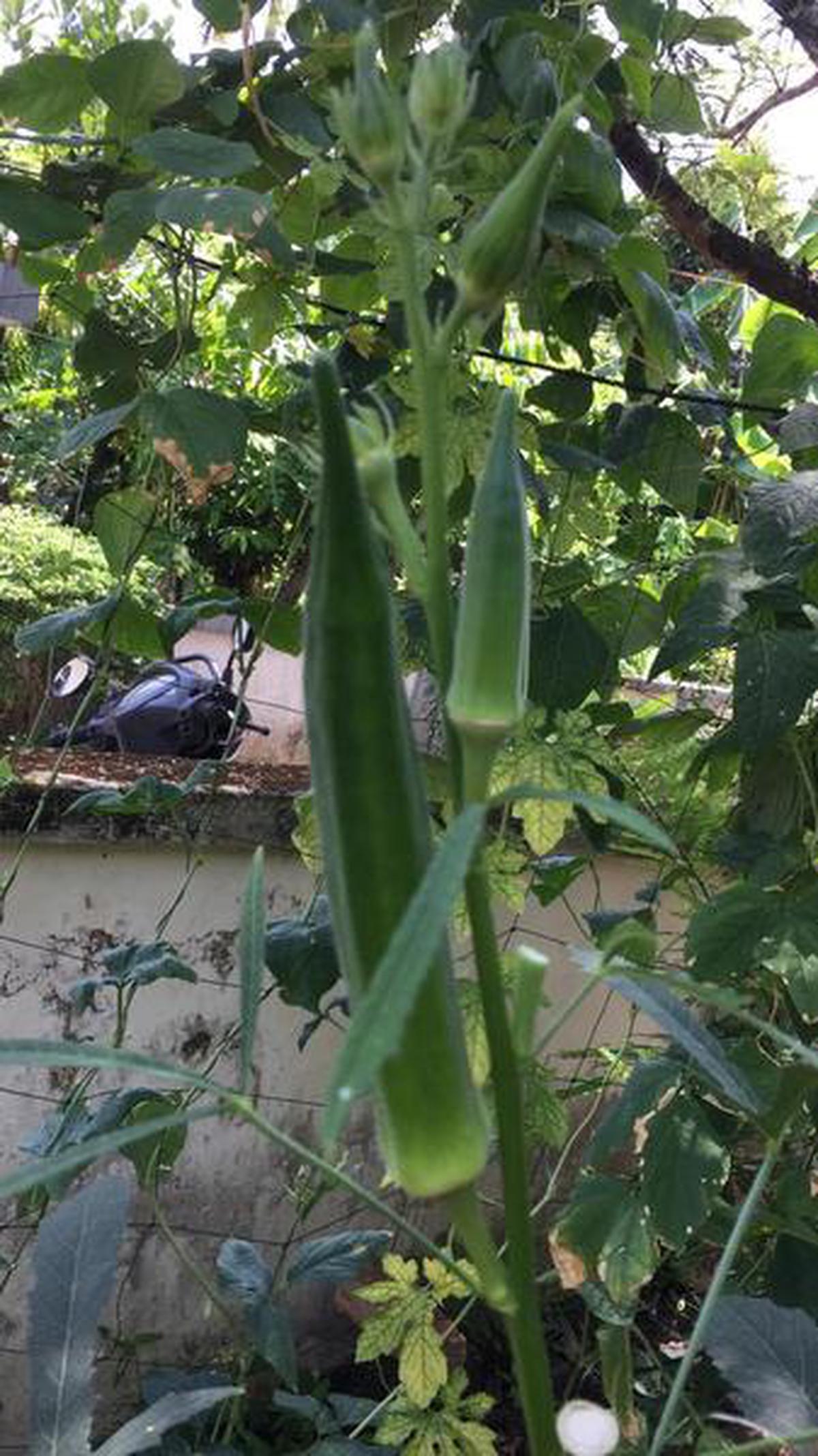 Advertising and public relations professional Jose Jacob of Thevara used the time to add more vegetables to his kitchen garden on the 17 cents of land around his house. The gardening, farming and pisciculture enthusiast, bought grow bags from Vegetable and Fruit Promotion Council Keralam (VFPCK) in Kakkanad and planted okra, ivy gourd (kovakka), and snake gourd, besides the chilli, amaranth and string beans he already had.

He has fruit trees such as rambutan, mulberry and guava in his compound; last year he harvested close to 40 kilos of rambutan. “I had time on my hands and it was a great experience spending time in the garden,” he says, “Neither was I expecting a shortage, nor did I expect the lockdown to extend for as long as it did.” Jose intends to continue, albeit on a smaller scale – the monsoon being a factor and paucity of time once things return to normal.

“I am glad I started doing this, there is the satisfaction of cultivating your own produce and the bonus of being able to eat tasty vegetables. Now that I have started I will not stop,” says Jose. He also shares the produce with neighbours, “in exchange for some mangoes and jackfruit,” he jokes.