Like every other sector, real estate too has been severely impacted by the pandemic. With sales coming to a halt in March, and construction activities yet to resume in full swing, developers are an anxious lot. Having said that, with the lockdown easing in a few pockets of the country, some of them say sales have started to pick up.

A few trends can be seen: from looking for home office spaces and affordable units to adapting to virtual tours, a post-COVID-19 scenario is emerging.

The pandemic has pushed people indoors and apartment dwellers have felt the pinch. With poor access to green spaces and high density within units, people, especially millennials, are looking at investing in a home of their own. Anarock Property Consultants conducted a survey during the lockdown. “Of the total buyers looking at purchasing a home, 55% are aged between 25 and 35 years and 68% are end-users. In the H2 2019 edition of this survey, only 42% were in this age bracket. The general home buying sentiment is also guided by cheaper home loan interest rates, which are today in the 7.15% to 7.8%, range,” says Prashant Thakur, Director & Head of Research at Anarock.

“The security associated with owning a physical asset during such a crisis has resulted in increased demand,” he says. Millennial preferences are dictated by the prevailing uncertainties, stock market volatility, and financial sector uncertainties.

According to Rajesh Gurumurthy, Senior Director, Head – Strategic Consulting, Tamil Nadu & Sri Lanka, at Jones Lang LaSalle, people are likely to opt for gated communities with sufficient amenities. “If the government increases the deduction limit of interest on home loans and relaxes the current restriction on setting off loss from house property against other heads of income, it will encourage more buyers,” he says.

Tenants are considering home purchases, says Thakur, because “several landlords are asking tenants to vacate, prompting people to consider buying their own home. IT hubs like Pune and Bengaluru appear to be the frontrunners here.” 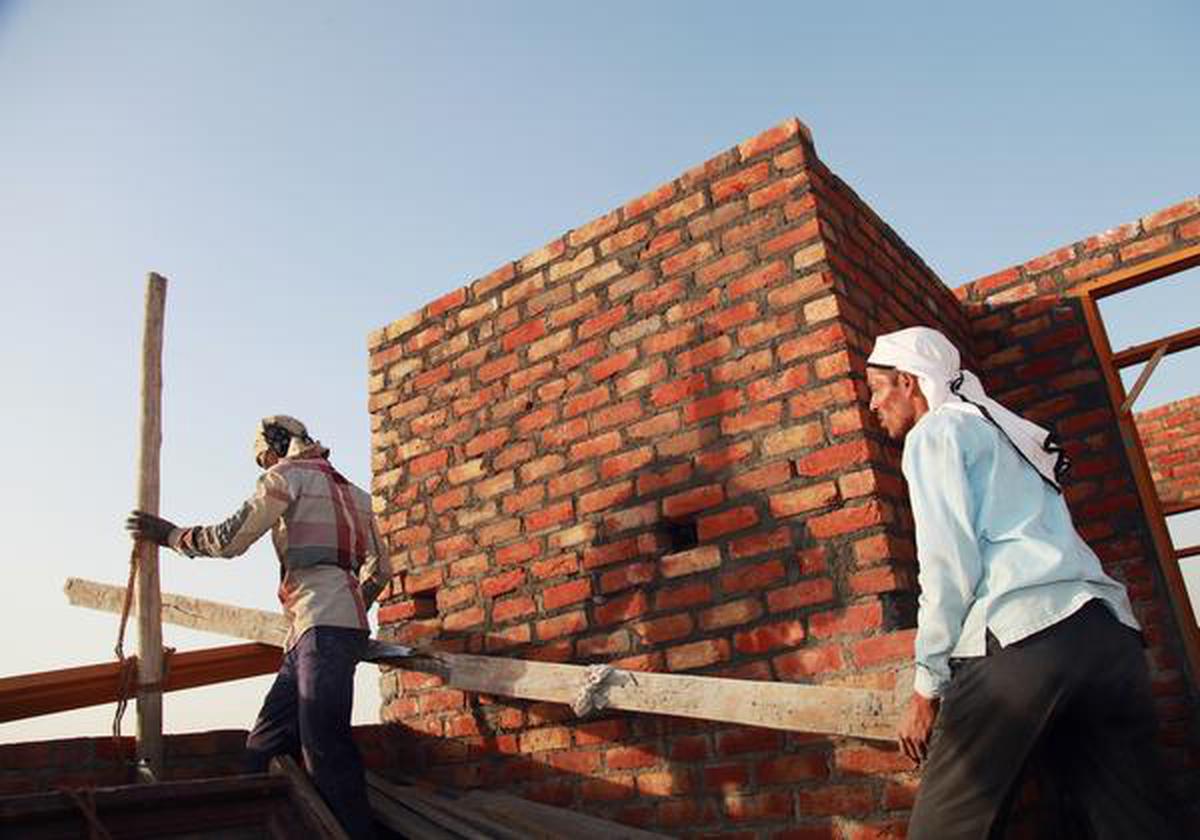 Over the past few years, the affordable sector has been given a push by several government initiatives. Eshwar N, Chief Marketing Officer at Casagrand, who restarted construction activities this month, says he has seen traction for homes in the ₹50-₹70 lakh price band across cities. “Almost 70% to 80% of our stock is in this category. Chennai being an end-user market sees a lot of demand in this segment.” Casagrand, he claims, has signed up around 470 new buyers in the last three months. The Anarock survey also indicates that 73% of home buyers are looking at properties within the ₹90 lakh range.

Gurumurthy explains that people from Low Income Groups (LIG) and Economically Weaker Sections (EWS) comprise 80-90% of the country’s total population. “Many developers have shifted their strategy towards this segment. An analysis of launches during Q1 of 2020 shows a sizeable proportion of 62% in the mid and affordable segments,” he says.

In the upper budget purchases, R. Kumar, Founder-Chairman and MD of Navin’s in Chennai, sees large three-bedroom apartments gaining popularity. “With work-from-home now the norm, a third bedroom or study will be preferred. The crisis has made people aware of living with the family and we might see more buyers from among city residents rather than from people migrating from elsewhere.” Casagrand’s Eshwar agrees that buyers are looking at sanitised units and flats with home office spaces.

The real estate business is going online. Online home sales are beginning to gain some traction, with Bengaluru recording a few such sales in the past few weeks, according to Anarock.

Developers have also been forced to drive sales through virtual property tours, easier payment models, and special offers. At Casagrand, over 120 homes were sold with a no pre-EMI offer recently. “Several buyers opted for virtual site visit tours before booking,” says Eshwar.

Kumar of Navin’s says they signed up new buyers during April’s complete lockdown through video conferencing and online selling. “The tendency to buy will be strengthened by low housing loan rates, PMAY scheme extension and other income tax deduction opportunities,” he says.

Jaxay Shah, Chairman, CREDAI National, is optimistic about seeing an upsurge in home buying over the next two quarters. “There have been online queries from different cities, but the non-approval of home loans is making it difficult,” he says. He recently wrote an open letter to the Prime Minister demanding a one-time restructuring of loans, additional institutional funding, de-cartelisation of cement and steel prices, and an extension of the moratorium on loans from NBFCs by six months. “Unsold inventory will be up for sale in the festive season, but no new launches are being planned due to the liquidity crisis and disrupted supply chain,” says Shah.