The past week has been an online whirlwind for Sonali Ranjit and Vaishnav Balasubramanian. The couple has not slept for about four nights, they say over a phone call from their home in Singapore, because of the excitement and content influx to WindowSwap, their lockdown passion project.

They had been staring out of the same window, observing the same view everyday for the past three months — which naturally became quite irksome. While browsing through social media one day, they caught sight of a friend’s window view in Barcelona, and that marked the genesis of WindowSwap. 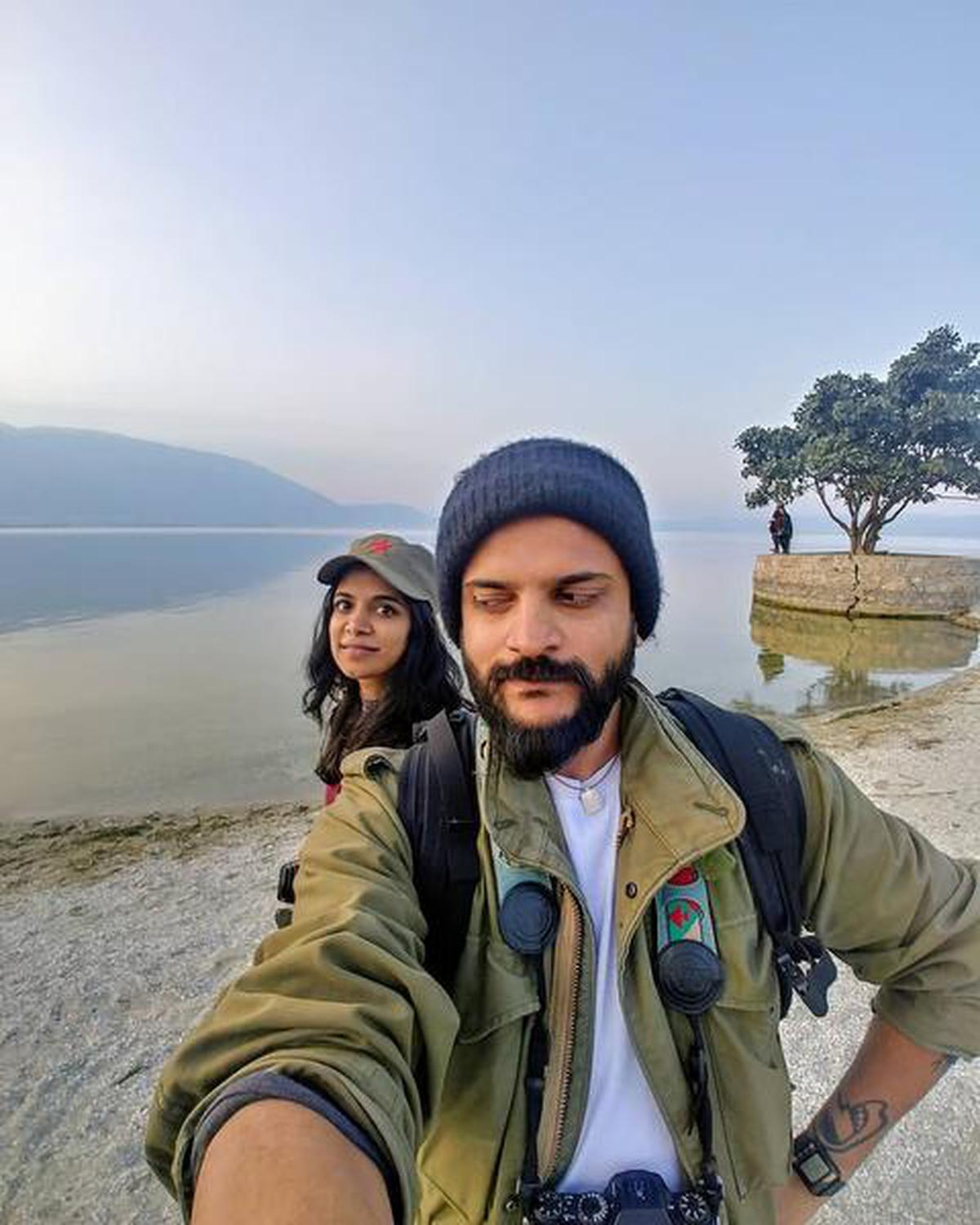 Vaishnav (Vai) and Sonali crafted a website, which launched on June 5, and asked their friends to send in 10-minute videos of their respective window views. Through these videos, visitors would be able to ‘live vicariously’ taking in sights and sounds from other cities.

When the lockdowns first took effect globally, most were drawn to picturesque 4K films of travel destinations to satiate their wanderlust. Some people took to YouTube to play out ‘restaurant noises’ or ‘ambient library sounds’ to mentally place themselves in a different space.

Interestingly, WindowSwap created a space for ‘ASMR nostalgia’, an audio-visual experience of both travel and home for those who did not realise they needed it.

Not all scenes are sweeping shots of mountains or skylines — some are of a quiet neighbourhood, or of a garden in the backyard. Vai and Sonali agree that people sharing even the mundane realities made the site more impactful. This phenomena reminds Vai of the German word sonder, which signifies how any passerby — or in this case, any stranger — can have an equally complex and vivid life as you. 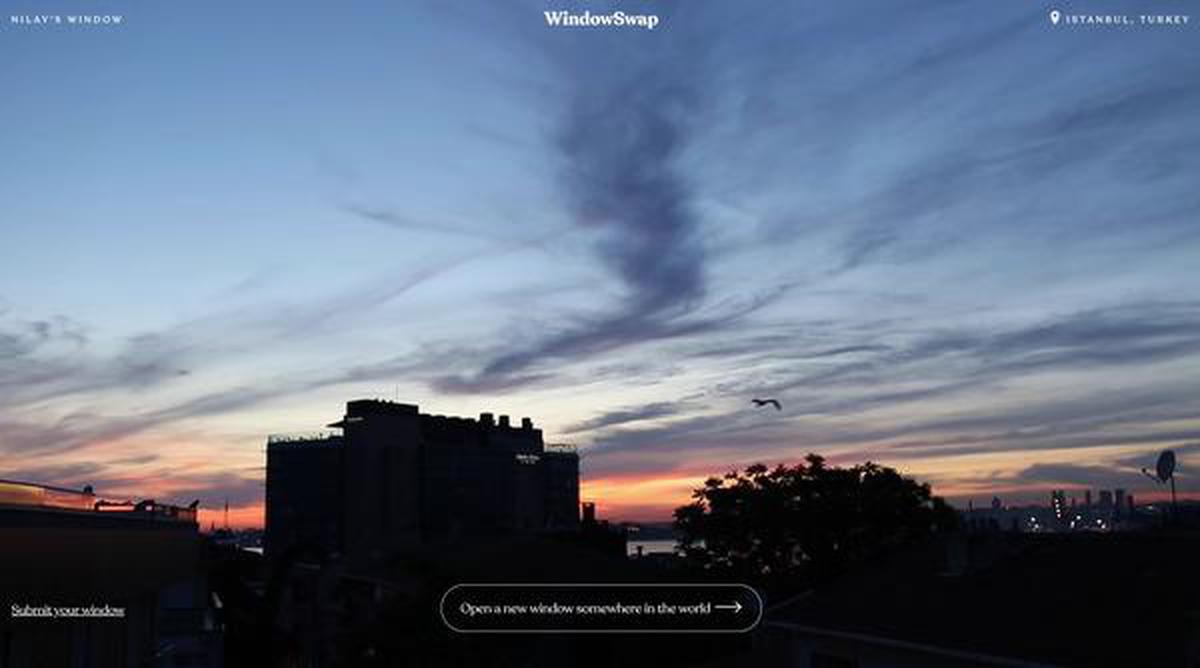 A screengrab from WindowSwap of a view in Istanbul, Turkey


From a user’s perspective, part of WindowSwap’s appeal is the randomised click-through of sceneries. There is no array of options from which to select; as you enter the site, you do not know what you’ll see. 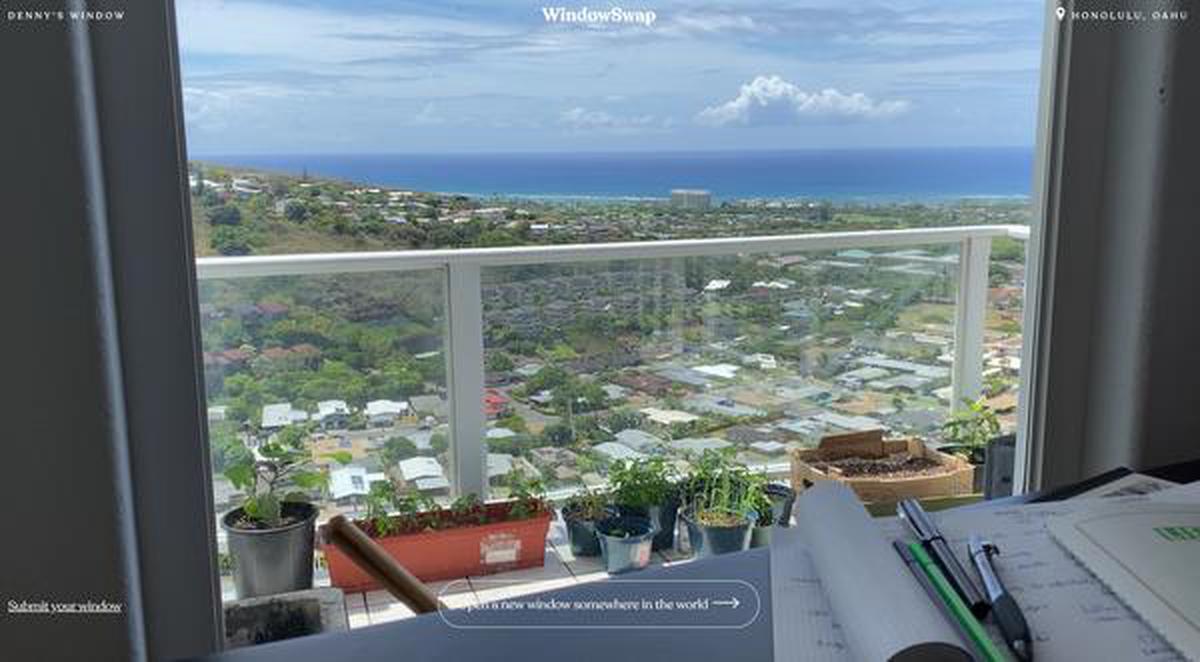 A screengrab from WindowSwap of a view in Oahu, USA

As with the Internet’s ‘rules of contagion’, WindowSwap’s simple yet wholesome appeal was picked up by Reddit, Twitter and Facebook. Vai and Sonali’s email inboxes brimmed with video files of people’s window views. Vai, in fact, remembers how the start of one particular day saw three or four videos in their email, and, by the end of the day, there were 200 — proof that, at this moment, countless people all over the world are looking for the same thing: a literal change of scenery. A screengrab from WindowSwap of a view in Aeschi bei Spiez, Switzerland


Each morning, as Vai and Sonali log into their emails, they are in awe of the diversity of places from which videos are landing: Iceland, small villages in Germany, Belarus, Ghana, Cape Town, Chennai, the French Caribbean, New Zealand, Italy…

“We have videos from about 80-odd countries,” Vai affirms. “But it’s not just videos in our inbox; people are also telling us how they feel using WindowSwap. One user is in lockdown in the U.S. and was feeling homesick. She came across a window of her home city in India; and told us she was overjoyed.”

Naturally, the partners monitor what is being enjoyed the most on the site. On Sunday, they noticed South Korea and Japan were watched the longest, while Monday marked Egypt and other parts of Africa. A screengrab from WindowSwap of a view in Rochester, NY, USA


Vai and Sonali point out that they manually scan through the videos to check, not just for quality, but for profanity, nudity, and other such maladies. They are mindful to keep batches of videos in the bank for future uploads, despite the site seeing thousands of visitors a day. They recall a peak of 2,75,000 visitors on one day. “You could say we are binge-watching as part of our screening process,” Vai laughs. 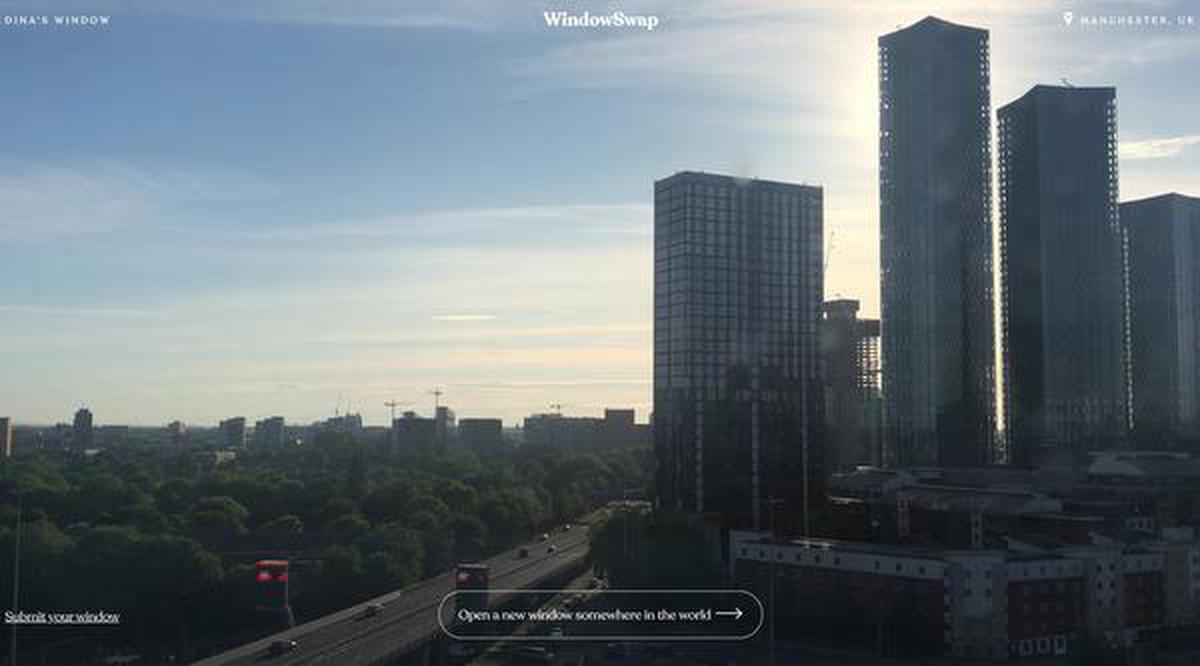 A screengrab from WindowSwap of a view in Manchester, England, UK


The project so far has been a source of gratitude for Vai and Sonali. “We really appreciate that people are taking the time to film a 10-minute HD video and send it over to us. We have elderly people who take shaky videos for 10 minutes and have their relatives send it to us. We even had a seven-year-old shoot one and her mom sent it to us,” Vai recalls. 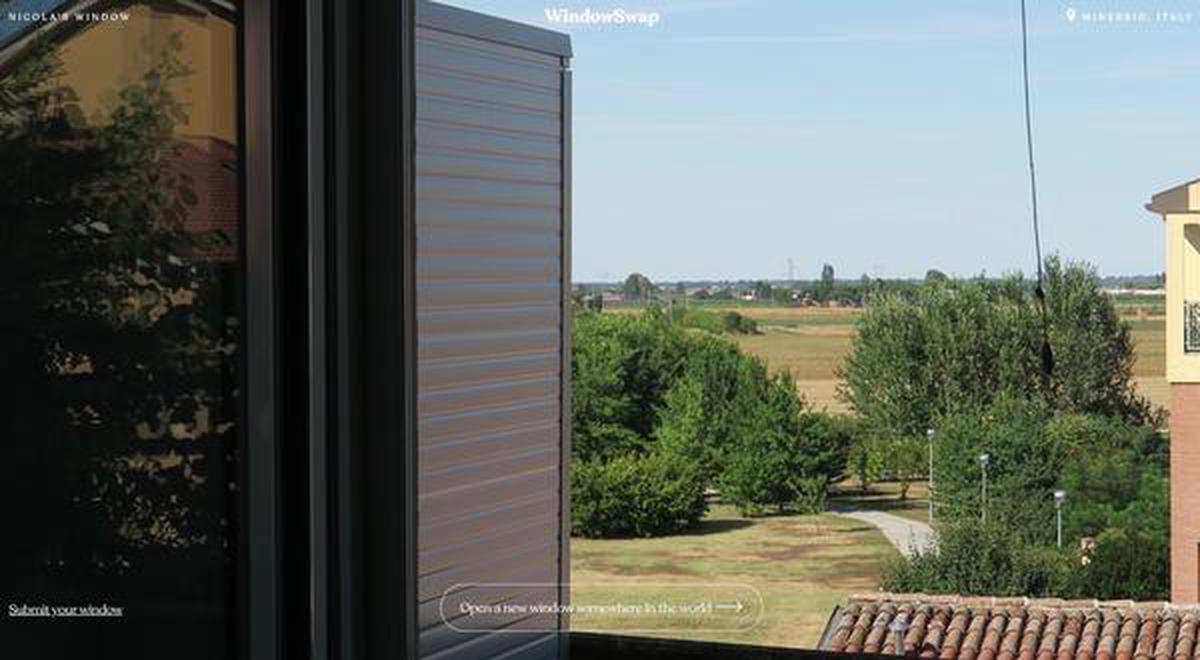 A screengrab from WindowSwap of a view in Minerbio, Italy


With the amount of traffic, can one expect them to monetise the site? After all, they have been asked by site visitors to create an app. . “It makes no sense to,” Sonali says, “because we have our day jobs, and right now, we are on overdrive. But more importantly, the minute we monetise or commercialise the site, WindowSwap loses its magic and that would just kill the idea.” They explain that once the lockdowns lift and people can travel, they do not know what will come of this project — but they know they want to continue it purely for the love of it, and for the connections they’ve created.